Milan is a popular destination and has got many hotels to choose from. There is not really 1 gay area, the gay venues are located in several parts of the city. We suggest taking a hotel right in the city center (map), then everything is on a close walking distance. 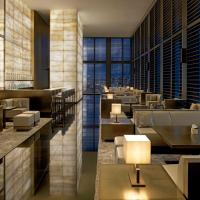 Just 50 metres from Montenapoleone Metro, the Armani Hotel Milano is in the chic Quadrilatero della Moda district. Guests are taken to their elegant modern rooms by a personal lifestyle manager.

Camperio House is an ancient noble residence, restored to provide luxurious rooms and apartment-style suites in the centre of Milan, near the Sforzesco Castle and La Scala Theatre. 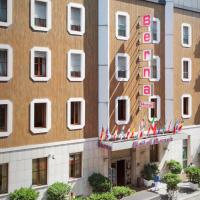 NH Milano Touring is 3 minutes' walk from both Turati and Repubblica Metro, 1 km from Milano Centrale Train Station, and a 15-minute walk from both the city centre and Via della Spiga shopping street. 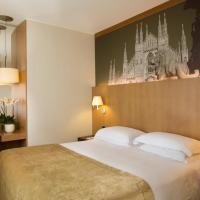 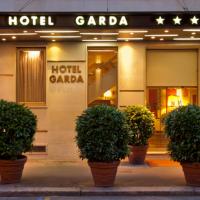 Hotel Garda is just a 5-minute walk from Milan Central Station. It offers classic rooms with air conditioning, a 24-hour reception, a bar, and free WiFi throughout. 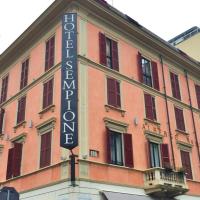 Only 50 metres from Piazza Della Repubblica, the Sempione is 10-minute walk from Milano Centrale Train Station. The hotel features an impressive Neoclassic façade and modern interiors.

Book all your hotels with our link to booking.com

Bookmark for next time:

Combine your trip with: