Buenos Aires is the capital of Argentina. Its English influences are visible many of the architecture. Check out Evita’s famous balcony at the Casa Rosada, shop and dine at the fancy neighbourhood of Palermo, visit the bric-a-brac market at San Telmo and dance the tango a colourful La Boca. Gay nightlife starts late, very late. Most bars and clubs are spread over the city centre, so be prepared to pick a taxi during your bar-hopping night. Pásalo bien!

Buenos Aires is huge. Different areas can be reached either by taxi (which are very cheap), bus or metro. On your way, you'll discover all the European influences which gives BA that special flavour. Of course you have to start your day trip at the Plaza de Mayo, with the Casa Rosada, featuring the famous balcony where Evita asked the people of Argentina not to cry for her.. Then off to San Telmo, the historic area with hundreds of antique stores and tango bars. Do not miss the Sunday flea market in this neighbourhood. In the city centre, a tour through the Teatro Colón is a 'must do' for opera and theatre lovers. The Teatro Colón is one of the worlds biggest opera houses, and the tour will take you behind the scenes. Next stop is La Boca, the working class barrio at the south of the city. La Boca is famous for its colourful houses. The area of Recoleta is worth a trip too. This is one of the wealthiest barrios in town. Check out the Cementerio de la Recoleta and pay a visit to Evita Peron's grave. For fancy shopping, drinking and dining, you need to go to Palermo. Especially Palermo Viejo is stuffed with hip bars, boutique style shops and trendy restaurants.

The gay scene in Buenos Aires is concentrated in the areas of Palermo, Recoleta and San Telmo. Here you will find old fashioned gay disco's, hip gay cocktail bars, trendy dance clubs and moody cruise bars. Don't expect massive crowds early in the evening. The people of BA have dinner late at evening (10 pm), and the bars do not fill before midnight. The gay clubs open after 1 am, and wil become busy only early mornings, around 2 am. But then the heat is off!

Buenos Aires is like a good man: charming and wild, sexy and moody, old fashioned and trendy, lovable, passionate and never dull. Buenos Aires, or BA, has become one of the most attractive gay destinations in South America. Discover the capital of the tango, and experience it yourself.

Where to stay in Buenos Aires

Buenos Aires is a large city. So be prepared to travel by taxi or bus to move from one to the other neighbourhood. Best areas to stay are the fancy Palermo, San Telmo or the city centre (Microcenter). Puerto Modero is the trendy area with chic new design hotels. This used to be the old harbour of the city.

One of the few gay cafes which is open during day time. Nice comfy stop over in San Telmo for a coffee, drink, sandwhich more...

Popular pre dance bar and the biggest gay bar in Buenos Aires. Gets busy around midnight. Comedy drags shows on Wednesday, Thursday and in weekends more...

Glam has a dance floor, two bars plus a dark room (which is not more than just a darker area up the stairs). With outdoor area more... 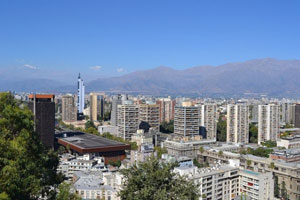 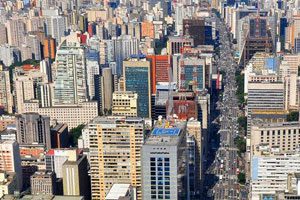 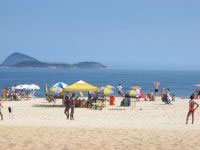