The main gay area is in the neighbourhood Chueca. It is remarkably compact, with virtually every gay establishment either on Plaza Chueca (at the Chueca Metro stop), or a block west on Calle Pelayo.

In day time you can shop till you drop, hopping in and out designer outlets or some alternative street gear. Tired? Try to grab a chair and table at one of the many tables on Plaza de Chueca, where the local guys hang around. In the evening you'll find plenty of trendy restaurants, where you can enjoy typical Spanish cuisine. Late at night, the crowd moves from the restaurants into the bars and clubs, for a long and hot night out.

Plaza del Chueca and Calle Pelayo are the centers of all gay excitement.

Madrid has got many gay cruise bars. See the list at this link below:

There are many saunas in Madrid, but the local guys don't seem to be very sauna minded. It's probably too hot outside all the time. so mostly tourists are found inside the tub...

Madrid Pride is one of the best and biggest gay events in Europe. Every year more guys come there to party!

Where to stay in Madrid

Most of the gay places are located in the area called Chueca (map). From there you can easily walk to the gay bars, clubs and shopping streets. See our hotel [age for hotels and apartments recommendations and a map showing the Chueca area. 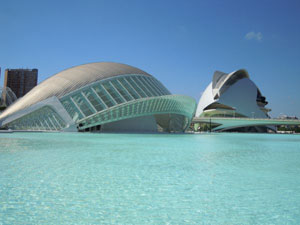 Valencia is the 3rd biggest city of Spain. You can compare it a bit with Barcelona, old buildings combined with modern architecture and a beach next to the city. Valencia is way less touristic, but they are working on that. The gay night life is only happening in the weekend. It is a great city for a weekend city trip.300 km from Madrid
guide
Bilbao
Spain 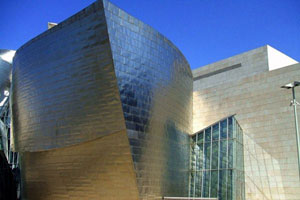 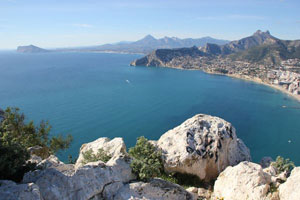 Granada is a beautiful historic city in the south of Spain. The Alhambra is a world famous attraction. In summer it can be too hot, so best to visit is spring or autumn. Make sure to book your Alhambra tickets in advance, you really can not miss this one. There are a few gay bars in Granada.360 km from Madrid
guide
Benidorm
Spain

Benidorm is one of the biggest European beach destinations. It has also an extensive gay scene, with about 30 gay bars all located close to each other in the Old Town. It is is very popular by English tourists.370 km from Madrid
guide
Sevilla
Spain

Sevilla is a beautiful city in the south of Spain. There are many historic buildings, museums etc. The gay night-life happens mostly in the weekends. In summer it can be very hot here, if you are not used to that try to avoid to travel then. Sevilla makes a great combination with Granada and Torremolinos for example.390 km from Madrid
guide