“Theatron is the biggest gay night club in South America”

Theatron is one of the biggest gay night clubs in the world. It's a big complex occupying almost a whole block of buildings. Every Saturday 4000 go here, and even better news, the drinks are for free!

In the center of the building is a large open air space. This looks a little like Disney's main street. This area is for smokers and if you want to give your ears a little rest from the loud music. We saw a guy with a t-shirt which said "Home is where the music is loud", such a true south american statement!

The music varies from venue to venue. On the main stage, a former large cinema, they have the main DJ's, playing techno but also blocks with popular Spanish songs, and acts.

The club has a very mixed crowd. On top one of the rooms is men only.

Between 10 and 2 at night the drinks are included with the entrance fee. You get a small plastic cup and they refill it as many times as you like. The choice of free drinks is very limited, rum, gin or vodka and you they add a soft drink of choice. 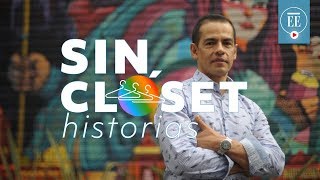 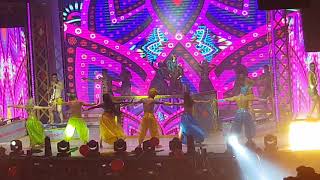 Find a hotel or apartment near Theatron

kitty drumstick
over a year ago

I went to theatron twice in november and each time was great. friday night had unlimited drinks for 35,000 cop; at one point i just had water and coke since i didn't want to get drunk. .thursday night had free admission.

the place was super crowded but not unpleasantly so. it sas a fun night, i give it a 4 star only because i much prefer the mega clubs with 1/2 dance floors that play house music.

Write a review or experience