Sydney is the gay capital of the Southern Hemisphere. The city has a vibrant gay nightlife, mainly concentrated at Oxford Street. There you will find many gay bars and clubs that will keep you drinking an dancing all night long.

Go Sydney if you want to experience the New Year on a hot summer night. The fireworks on Harbour Bridge are a must see. Later on the parties take place at regular gay places.

Most of the action takes place around Oxford street (map). This is also the city centre, with the main shopping streets nearby. Most places are on walking distance from there. See our hotel map for central hotels or visit our hotel and apartments page for recommendations

The famous gay street is Oxford Street. Here you find popular bars like Stonewall Hotel. Note that the word Hotel is used for bars as well, you cannot actually sleep at these places :-)

The most popular gay club in Sydney is the Arq on Oxford street. The biggest gay parties are held during the Mardi Gras festival.

Venues with 'sex on premisses' in Sydney are not allowed to serve any alcohol. There are some cruise clubs and popular saunas. The sauna near Oxford street is Bodyline, which is a good place to go after the bars when you're in a special mood. Also Sydney Sauna is located on Oxford Street. The big sauna for in the weekend is 357 / City Steam. 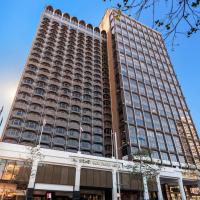