The circuit parties (for the muscle boys) often take place in clubs in the Vauxhall area.

Located in the basement of Central Station The Underground Club hosts different fetish and cruise parties during the month more...

Vault is a sexy gay bar in London with videos and play areas, busy cruising venue and different weekly theme nights, most underwear or naked more...

Come and check out Club Shoot, as we re-launch over the next few months. Like a man in footie or rugby kit? Come and join our friendly and cruisey sports kit party! Changing area and cloakroom are available more...

Hard On is a monthly fetish party for members and their guests only. Crowd is 95% gay men and 5% lesbian. Large dance floor with colour lazers, dark rooms,wet area, sling maze,glory holes, private cubicles, chill out bar, out door smoke and cock shop!Make sure you are properly dressed as Hard On has a strict dress code more...

This is where the ‘Real Men’ of Recon, and their admirers, will come out to play. 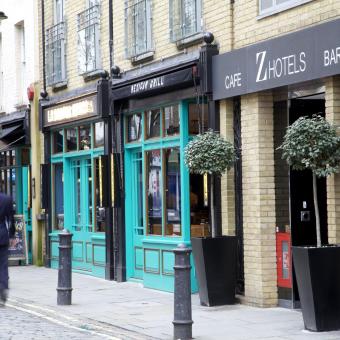