One of the largest clubs in Sydney, catering for the Gay and Lesbian community. Loacted in the hub of Sydney nightlife, Taylor Square more...

Beautiful Newtown venue, frequented by students, artists and the hip and young.

Palms is the place that nobody admits to going to because of its uncool status, but every Friday and Saturday night the club is full more...

Two floors of gay pleasure. The scenery is self-described as chic in South American style. Large screen music videos, with a dance floor on the second floor more...

World famous venue, featured in Priscilla Queen of the Desert. With many fantastic drag-shows.

The Oxford Hotel is one of the well known gay bars in Sydney. Upon entering the main bar on the ground floor, you are claimed by a Los Angeles industrial warehouse space, with fantastic volumes and thumping tunes more...

Universal is a 2 floor bar and club. It's located in the former The Midnight Shift venue. 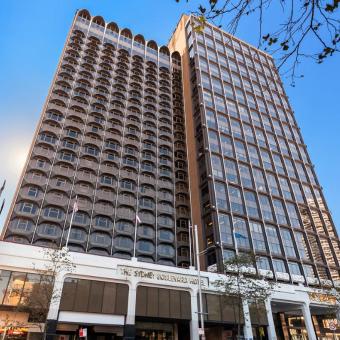